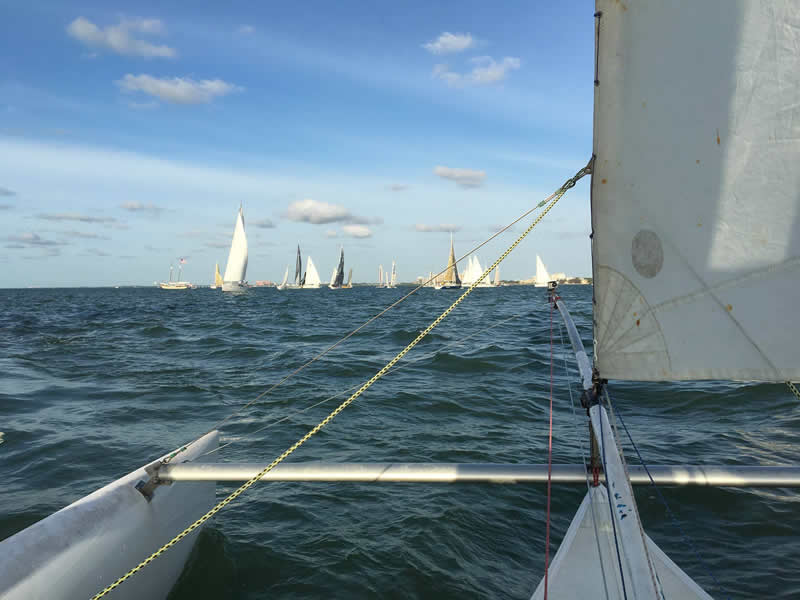 I always hear people asking the same question..."How do you get in shape for a distance sailboat race?" My answer has always been getting out on the boat and sail! Unfortunately all of the recent sailing I have been doing is "keeping the wife's hair dry" sailing. I haven't raced in seven years and needed to get some miles under my belt. Nothing like a 180 mile run to achieve that.

Mark Herendeen is going to be my teammate for the Florida 300 but unfortunately he couldn't make the run south because his mother's funeral was the same weekend. My prayers go out to Mark and his family. Mark and I have competed against each other since 2003 but we have never been on the same boat together. I am looking forward to racing with Mark but luckily Rob Behrend, my long term teammate, stepped up to the plate with a new crew member, his son, who was celebrating his 17th birthday that Saturday. How could I refuse, it is great bringing youth into the tough sport of endurance sailing and to do 180 miles in two days is a major accomplishment for someone so young. At first I was a bit taken aback when he showed up with fishing pole in hand, then I quickly figured if that was the only inconvenience, so be it...

We left Singer Island at 10am beating south and bucking a strong current. By the time we got to Lake Worth, the wind shifted enough so it was close hauled but the current was still ripping toward the North. We caught one Bonita near Ft. Lauderdale which we threw back. We were holding out for sushi grade tuna.

We approached government cut as the sun was setting flanked by a homeland security boat. Luckily we had already deployed our navigation lights and I had a headlamp I lit the mainsail up with. Once in government cut, the wind was blocked by Fisher Island and we ghosted through till we hit open water again. One of my favorite sights is sailing past the Miami skyline at night and this night did not disappoint...It was beautiful. We arrived at Rickenbacker Causeway about 9:30 pm just in time for all the local partiers. I think they kept going till 4am as we tried to sleep and stand watch over a couple of the Delray Sailors Yacht Club boats that were on trailers in the parking lot. The night culminated with three guys trying to push us offshore as we slept. Luckily Rob was taking watch sleeping on our new forward trampoline and was able to dissuade them with "Hey, get outta here!"

A special thanks needs to go out to the Bob and Luis with the Delray crew. Luis had warm hamburgers and our race packet waiting for us at Rickenbacker and Bob transported our cat trax and camping gear to Key Largo. It is great to see new blood at Delray! I also need to thank Dennis Green for all the help and loaning us his spinnaker.

You would think that by having the boat completely rigged (we left both the mainsail and jib up with tent on the trampoline) and sleeping in your wetsuit (got cold) would make it easy to make the 8am start of the race on time an easy feat...you would be wrong... After taking down the tent, we had so much gear scattered on the boat from the prior day/night it took us an hour just to reorganize everything and I also had issue with all the electronics. My spot tracker would not sync with either of my phones, my GPS batteries were dead and both of my new helmet camera mounts had issues with being soaked with saltwater on the deck of the boat the prior day.

Being a little late for the start was just a minor detail. Once we started the race, we had issue after issue. Both the main and jib of the old Mylar sails were stretched and needed adjustment, the newly installed spinnaker kept trying to come out of the bag and lots of other small items. As we approached Card Sound Bridge, we were able to finally use the spinnaker for the first time ever. We deployed it but had an issue and had to pull it back down, and then we made a couple of adjustments on the water and pulled it out again and were able to run it just past Card Sound Bridge. Once we stowed the spinnaker we finally hit a groove and had a nice run to the finish. We finished in less than three hours.

Usually the tricky sail up Jewfish Creek and pulling into Gilberts is the perfect way to finish up the day but that was only half the day. Gilberts closed the sailboat launch and we had to back the boat into a powerboat slip before enjoying a nice meal and a few drinks.

Surprisingly, the final leg was really easy. Proper planning helped but the nice wind, music and last of the "Dark and Stormy" made the final leg a lot of fun. Instead of going all the way down to Channel 5 bridge we planned on getting a tow through the Snake Creek drawbridge. Our plan worked flawless and was able to get a tow as we entered the creek. We actually had to tell our tow boat to speed it up so we could coordinate with a sport fishing boat that was a bit ahead of us.

We arrived at the Islander Resort greeted by Dick, Ding and their lovely crew. We still had plenty of time to put the boat away, get a shower, catch the sunset at the LoreLei and celebrate Zack's birthday.

Other than not really being organized for the Miami-Key race, the boat ran flawlessly the entire trip. The only mechanical issue we had with the boat was a small rudder block that blew out on the last leg which we did not notice until we went over the boat on Sunday.

The Florida 300 is May 17-22 so tune in. We have live tracking and plan on broadcasting the starts live from the boat and possibly update during the race. We have a new set of Calvert sails that arrive on Saturday and the race starts on Tuesday! 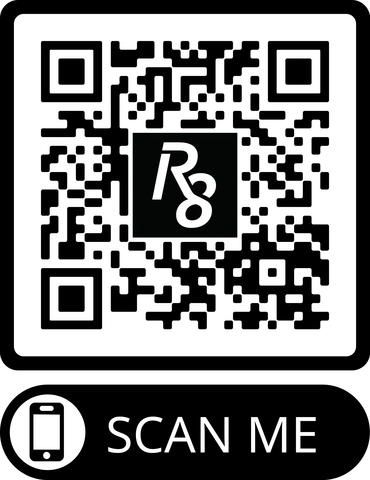